The perfect machinefor the road ahead

When Spitfire got behind the wheel of the XL brand rethink, things were always going to get exciting.

Although the majority of Spitfire Studio's work comes through larger agencies looking to outsource their production, we retain a small but prestigious stable of direct clients. Companies we've worked with since we were formed ten years ago or outfits who've come to us later but with a brief too good to let walk out of the door.

It didn't take us long to say yes when XL Responsive Vehicle Leasing approached us for a rebrand to support their move away from traditional corporate fleet leasing into the prestige and supercar sector.

As confirmed petrol heads, when it comes to working with automotive brands we've never been able to resist the possibility of getting behind the wheel in the name of arriving at a full and detailed understanding of the products' capabilities.

Now go and get what you want

Great looks with some solidengineering under the hood

You don't get performance without a solid bit of know-how where it counts.

Beginning in March 2017, we undertook a solid period of immersion, competitor analysis, audience segmentation and message development. Two months later, we emerged from the studio with a set of guidelines in a position to start shooting around the values we'd created.

as well as a full film crew with drone operators. Over the course of a week we generated enough assets to sustain the brand launch content as well as social posts, print advertising and eDM for an entire year of activity.

The website, developed by us, forms the most compelling expression of the brand. It acts as both a repository for the huge amounts of content we have produced

and continue to produce as new cars come through the XL showroom, as well as featuring the full product range accessible to XL. Our in-house photographic and film capability enables us to be fleet of foot when it comes to being able to support reviews and announcements with solid visual assets. All of them delivered within a robust and responsive digital framework. 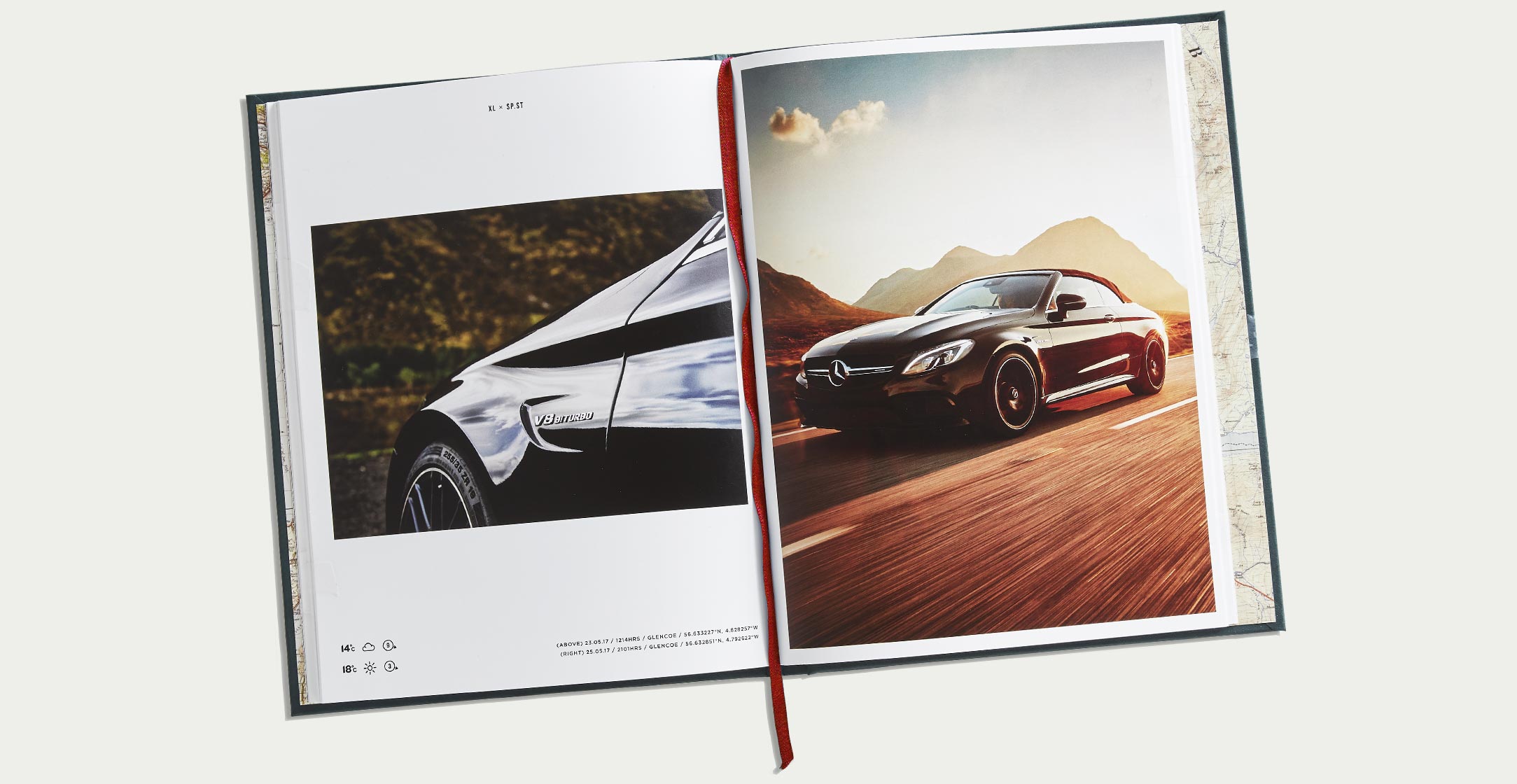 Doing it by the Book

Sometimes it’s nice to show off a bit of process.

Behind the scenes photography formed another rich seam of content, pitched at online opinion formers. Influencers were sent a book detailing the shoot, invited to borrow a prestige car for a week and given the opportunity to join the next shoot as a driver in northern Spain 2018.

Production of the book was a major task in and of itself, with the ultimate item calling upon a number of high-end print techniques to embody the necessary quality.

Low tech, high-skill processes such as foil blocking, embossing, varnish and traditional book-binding dovetailed with more contemporary specialisms such as extremely detailed digital retouching and compositing to produce something that elevates XL head and shoulders above the competition.